Slowly over the past month progress is being made with the polystyrene foam,it can be  messy but with a good vacuum cleaner and a small Stanley surform. After test fitting the bridge and wing walls  in place I will add detail like bolts etc.I have also moved the water tank closer to the mainline by 20mm because the would be telegraph wires will be too close. So still a way to go. 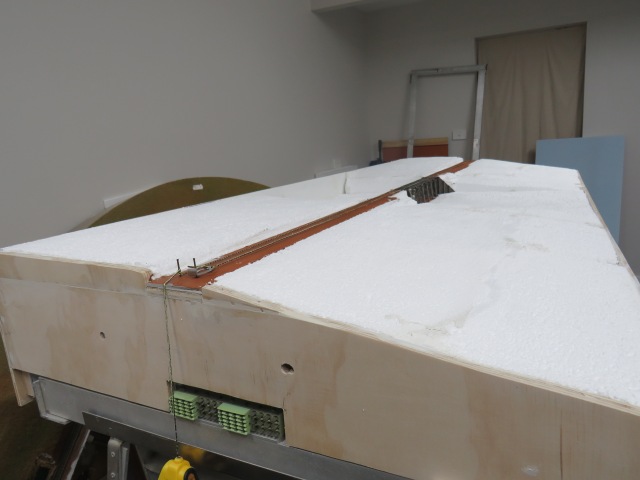 During this prolonged lock down, in order to keep my sanity, I started on a new module to fit into the existing layout between the loco depot and the cutting so it extends the layout by another 1.8 metres.The whole idea is to lengthen the run into the station area.

The trestle is from Harlow Graphics in Goulburn and it assembled quite easily. Before starting I read the instructions very carefully then stained the components with Woodland Scenics 1219 grey then popped the components into the oven on a stainless steel plate to hurry up the drying process at about 100 degrees but not for long. No need to be a master chef.

Next I will tackle the landscape with polystyrene foam which is made in 600x1200x50 sheets at varying thickness from Insulation Industries Broadmeadow Newcastle.I find this polystyrene foam very easy to work with when using a small Stanley surform. 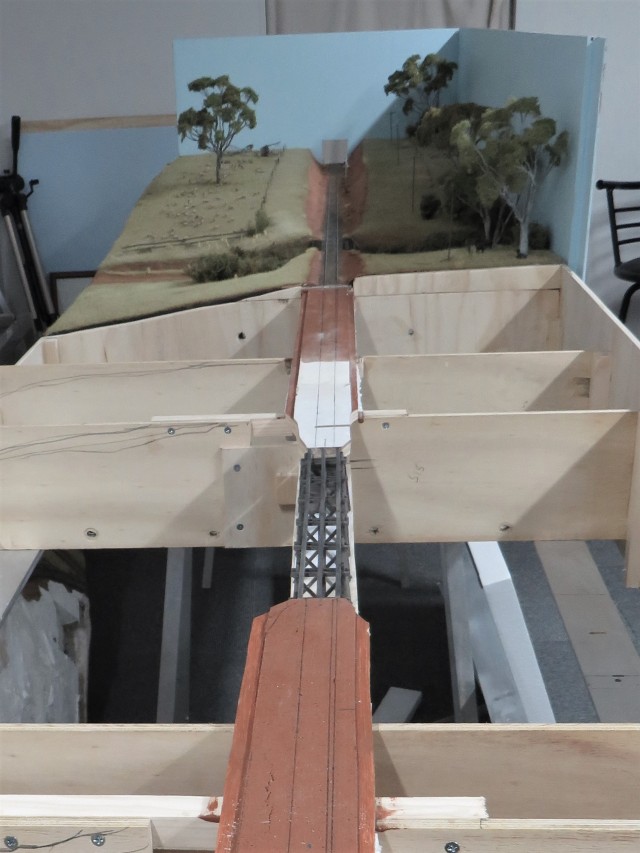 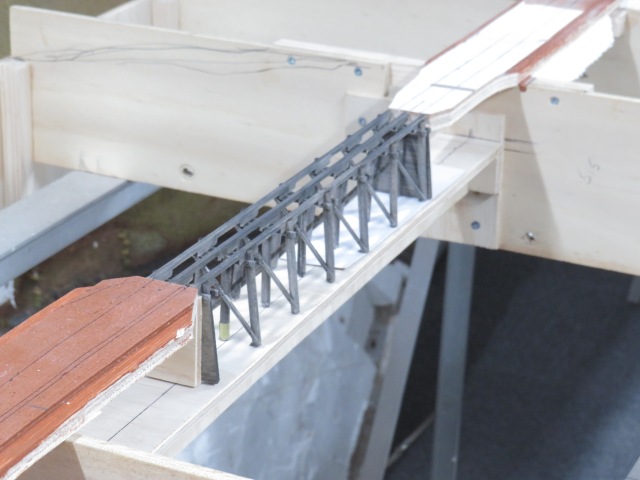 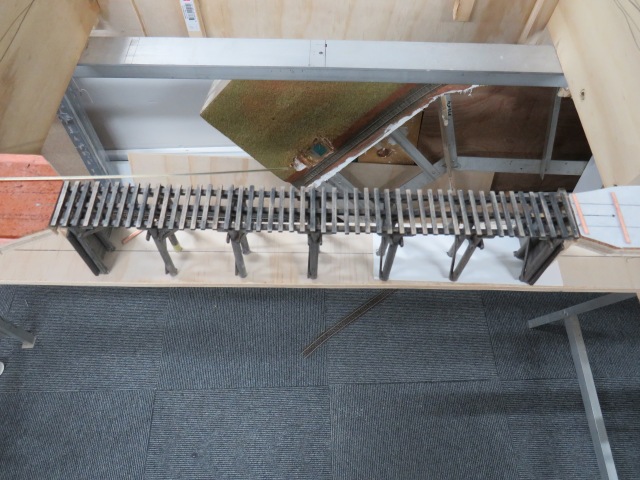 With final adjustments completed painting was next firstly a  spray of  etch black and let dry. As these tanks were not black but more of a gunmetal grey I settled on a Humbrol  66 matt with a 35 gloss mix also thin the mix down with enamel thinners so that the airbrush flows nicely. Again let it dry I put it a box for 4 days to make sure. After painting I fitted the concrete footings in place with 2 part epoxy making sure all is nice and square. Painting of the footings with Floquil aged concrete as I had a bottle.

With all that done next was the weathering as the tanks were kept in good condition as I model, like so many of other people, the late 1950’s to late 1960’s weathering was not overdone mainly using pastel chalks . I used Vallejo acrylic still water for the contents of the tank, this takes sometime to dry so just fill by 2 or 3 millilitres at a time. If anyone else builds one of these kits taking ones time reading the instructions carefully and having photos on hand. I can certainly recommend this kit as I think it makes into a good model. The next project is a paling fence around the Station Masters residence. 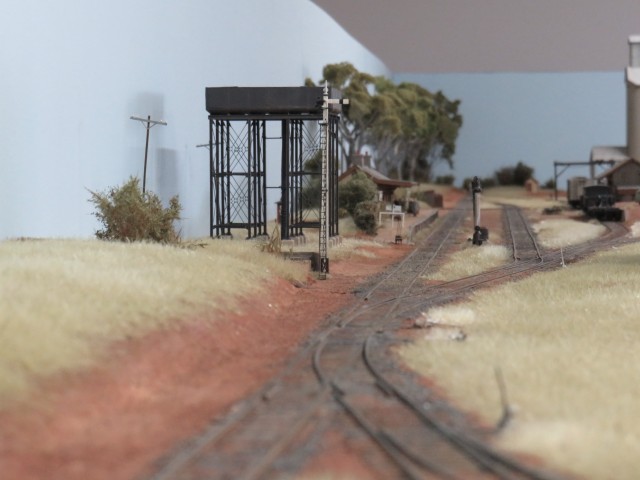 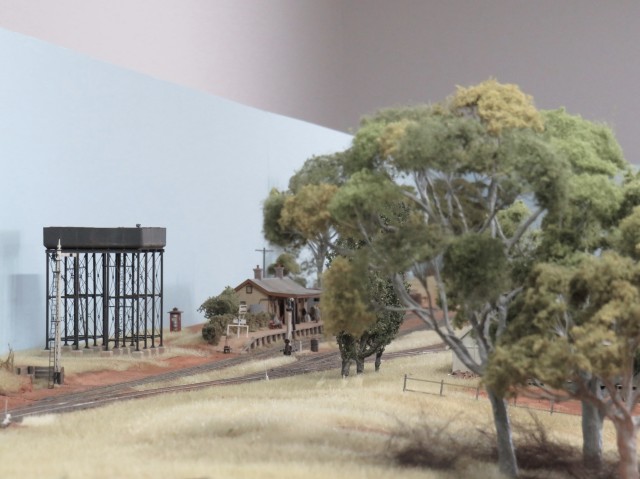 Over the last few weeks progress on the water tank has been slow due to more research to do with the inlet and outlet pipes along with the ladder also how it.is going to fit into the landscape, it’s not as easy as it looks. After I have sorted that out the S M’s residence fence will follow. 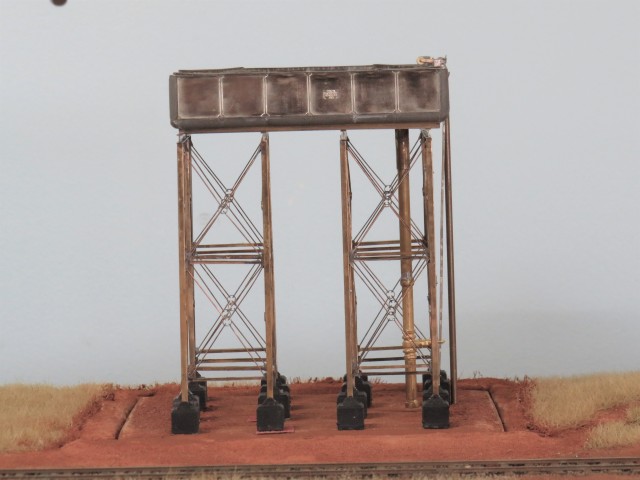 It has been  too long since the last post which has been taken up with ironing out a few bugs on the layout and messing around with adjusting  decoders on locomotives Tsunami2 and Loksound V4 for both steam and diesel.

I was given a Mechanical Branch kit of the 20,000 gal water tank for my 70th so before I go completely  insane I thought I had better build it. The instructions were studied along with the data sheet by Greg Edwards also photos of the tank at Telegraph Point which were taken a few years ago. After over 20 years the soldering station packed in so a new Weller was bought from Element 14 and it’s working well.

The stand and tank have been assembled and placed on the layout as is but still needs a few adjustments here and there it is to my eyes nice and square and level. The pipework is next which I will do hopefully next week.

All for now and stay safe.

I would like to thank the Epping model railway club for transporting the layout to the exhibition and returning it home safely. The weekend was an education for me being the first time I have exhibited the layout with a few lessons learned if there is to be a next time.  A big thanks to Phil and Ben of the EMRC, Richard, Bill and Daniel for helping operate the layout, oh yes, and Marcus for the great Saturday night.

It was great to finally put faces to names and meet new people that share or are interested in this great hobby as it gives encouragement to carry on, an excessive amount of talking was done. I was able to see a few exhibits and overall there was something for everyone. As time was tight I wasn’t able to take many photos so the ones I did take are below with the new straight module in place sorry about the Poplar trees Tom, I did find them eventually. 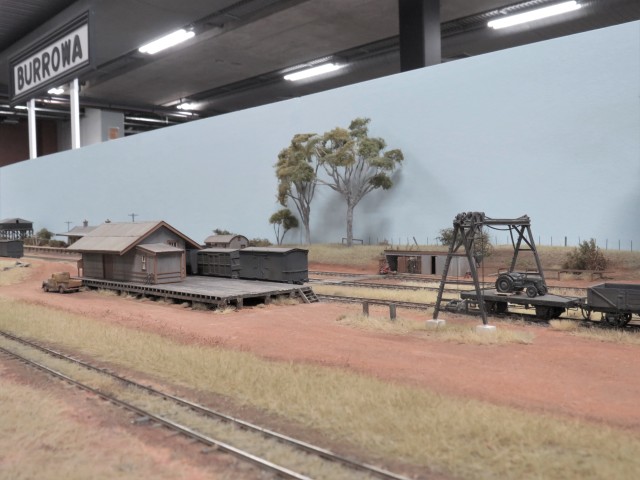 There hasn’t been an update for a long time due to a house move and redesigning part of the layout, however work is progressing well with all the hard work done. The landscaping and updating the electricals to operate DCC are next.

I will have the layout ready for its first outing to the Rosehill Exhibition in June 2019 which I am greatly looking forward to along with Peter Street’s layout Williamsdale which can be viewed on this site. So come along and say G’day. 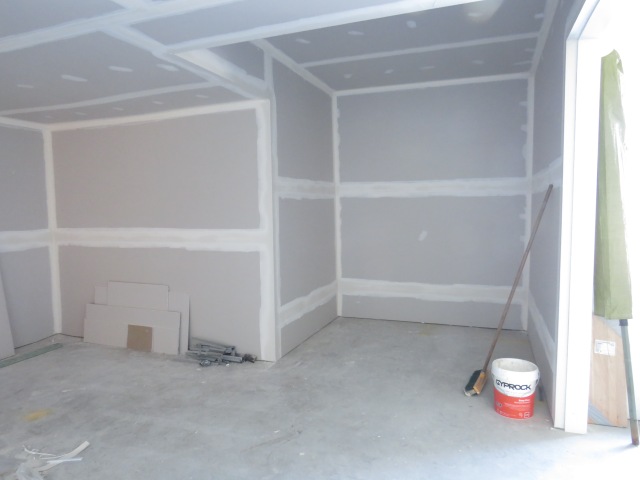 After a successful move with the layout intact. I was confronted with a room that needed gyprock and plastering as well as new light fittings so with the right man for the job it will take place within the next week or two.

The layout will have to be re configured with the addition of one module and minus the curved module but that will be half the fun. The turntable will be moved to the new module as well as the points  which will be operating from the mainline as the prototype. I do hope to have it running by Christmas but as we know all well made plans things could change. My other project  Capel St Edmund L.N.E.R /ex GE in EM gauge could start late 2019. All for now 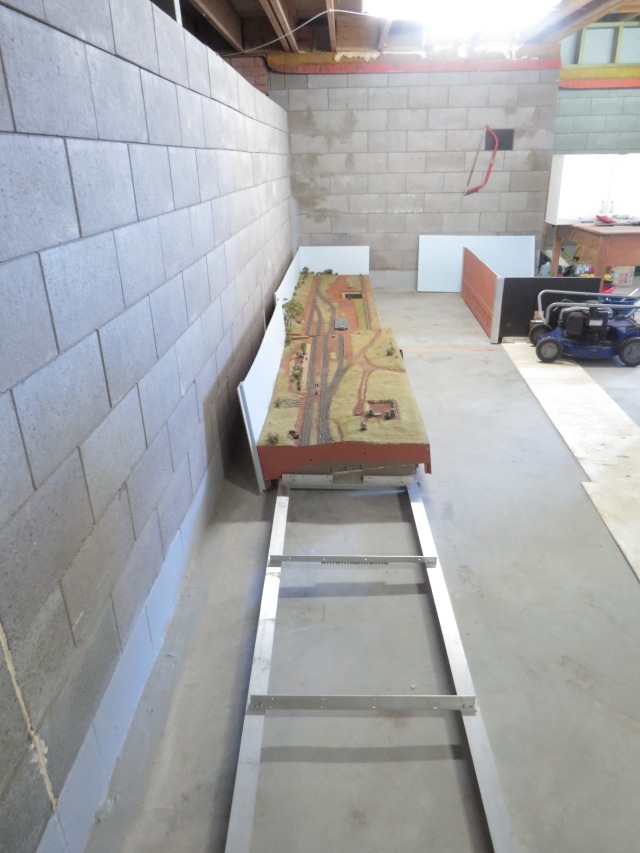 With a house move imminent it is difficult to know whether the layout will relocate in it’s present form. This could be the last post so I will have to see whether a new project will be built in the new house. I am hoping that it survives but you never know. I will leave the blog as is until after the move as I have had great fun in sharing the layouts progress with you all. I appreciate the interest and comments that fellow modellers have made both here and overseas. I have taken a few photos by Galah Cam,no drones in the early nineteen sixties. All for now. 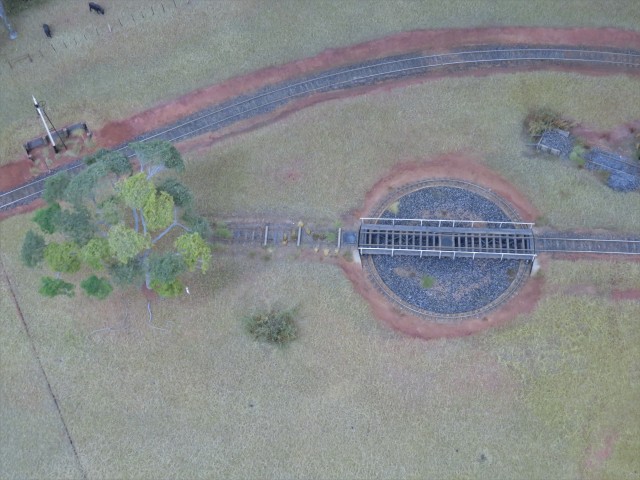 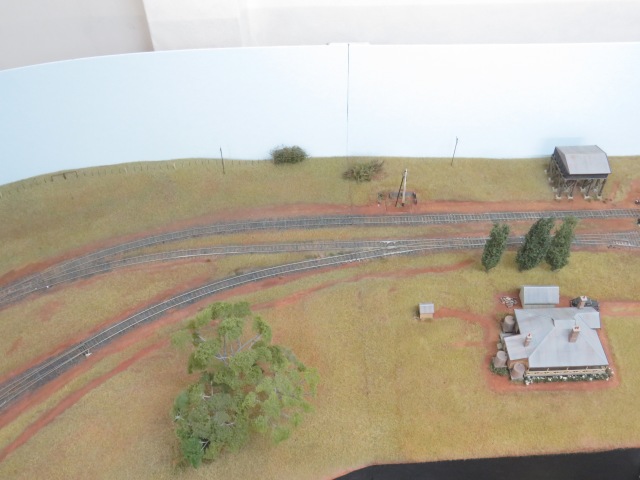 Posted in Misc | 8 Comments
Burrowa is an HO scale model railway set in the NSW southern tablelands
Create a free website or blog at WordPress.com.